For those of you who missed Part I

Now events are a bit a of a vacation for me, not that I don't love my kids or husband, but there are just times that you need to get away for a few days to recharge and regain any semblance of sanity you might be able to pull kicking and screaming back from the void, they're also a time for me to sleep in. Well, you would think that would at least be the case, so you imagine my irritation when my body decided that I needed to be wide awake at 6:30 am on Friday morning.


Since we unplugged the alarm clock that was in the room, because it was the only outlet that the phone charger wouldn't fall out of. Upon waking I grabbed my phone thinking it was arounf 7:30 or 8 in the morning to see the bright numbers telling me it was 6:30 am. Grumbling I put my phone back on the headboard and slunk back down into the bed trying to get myself to fall back asleep. After tossing and turning for about 45 minutes, I gave up, grabbed my phone and began to peruse Facebook and check my email, all the while glaring and grumbling at Cindy and Andee who were still fast asleep.

Around 8, I detected movement from the other two and we started getting ready for the days events. First order of business, coffee. Learning from the first year on the Queen Mary, where we discovered no coffee pots in the room, we have since been bringing an electric tea kettle, a french press, coffee and tea, so getting started in the morning is much easier, as opposed to getting dressed and then wandering around in a haze trying to find coffee and not growl at anyone in the process.

After correcting the blood to caffeine levels in our bodies, we headed up to the vendor hall to finish set up of the booth, where like parking is always something that ends up being re-engineered by yours truly. The awesome guys at the booth behind us (Crimson Chain Leather) told us that we could push our grid wall so it butted up against their storage containers, which gave us another 4 feet of booth space! After some shuffling and sliding of grid wall and tables, we had the booth layout completed. I ended up pulling the two pieces of grid wall off the left side of the booth and lending it to Lyssa from LastWear Clothing as they really didn't have much to set things up on since they flew down from Seattle.

From there we starting putting out merchandise and while I tinkered around Cindy and Andee went off in search of coffee and something to eat for breakfast. Low blood sugar is bad, mkay?, so are low caffeine levels too. 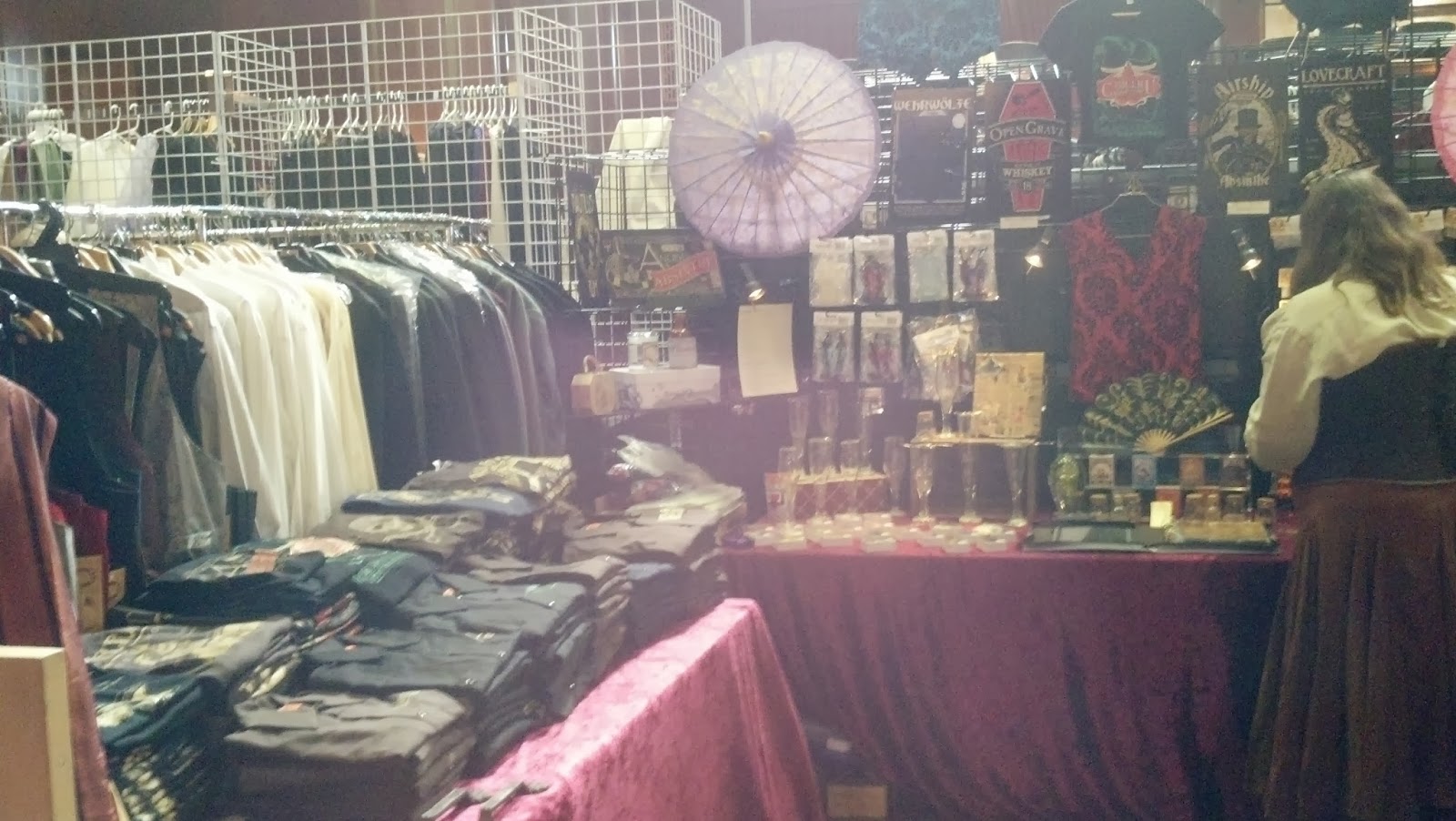 Come 11:45 we're still putting out merchandise, when Kat, our lovely and awesome vendor coordinator comes by to tell us there was a scheduling mix-up on the website with the vending time,  it seems they posted that the hall didn't open until 1pm, which gave us an extra hour of set up time. Rock on, though we were mostly set up, it was nice to have the extra time to rearrange and refine the set up.

We took turns running down to the room to change from our jeans and t-shirts to our Steampunk attire and were then ready to take over the worl....ahem I mean, ready to vend! 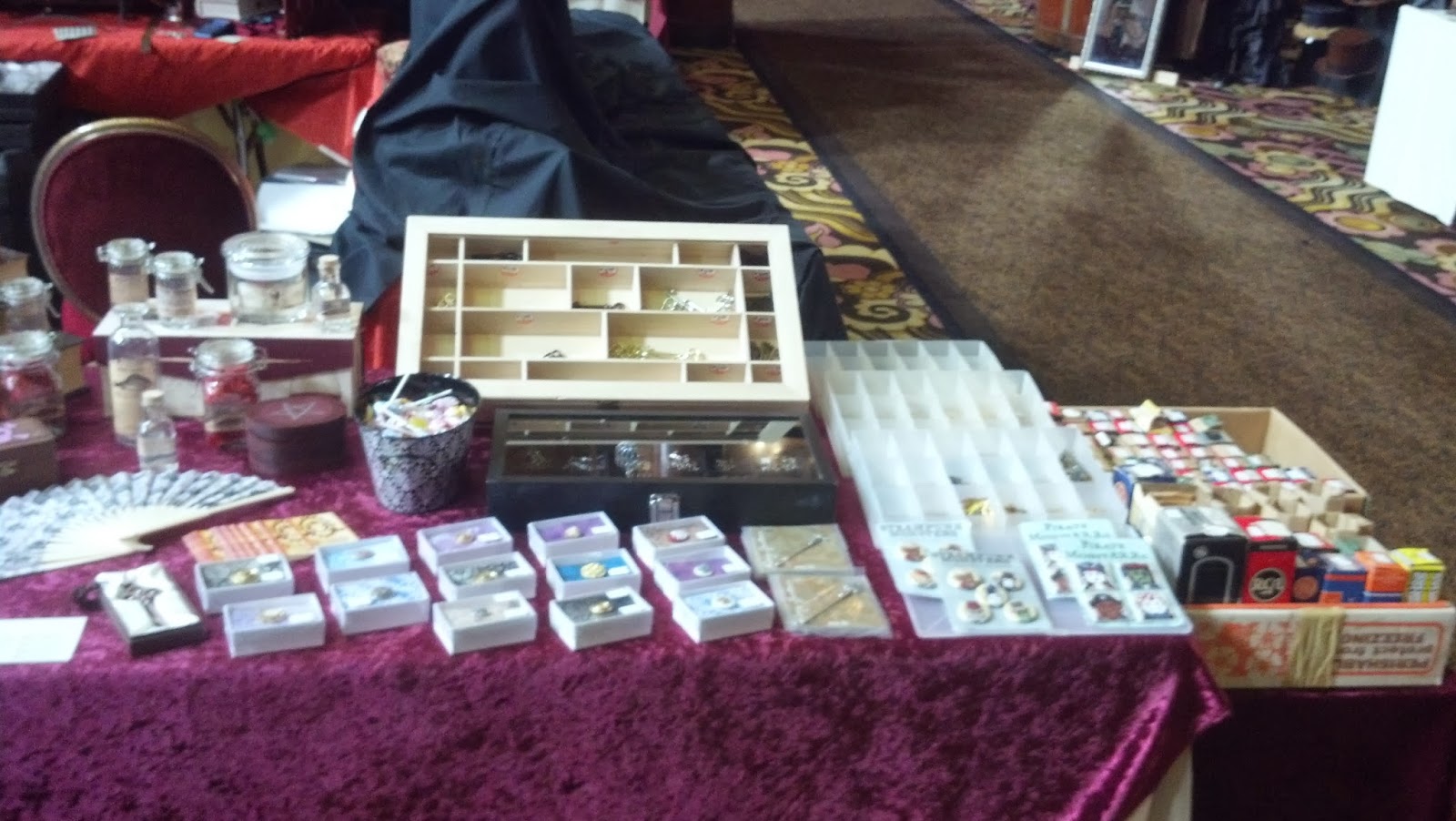 The booth setup essentially remains the same, though we do move things around periodically to make things more aesthetic looking and so it flows better. I think having 2-3 artisans in the booth really helps things comes together in a cohesive look. We're gotten many compliments of the setup and layout of our booth, which are very much appreciated and makes us feel all warm and squishy.

Vending started off slow, but picked up at some point in the afternoon and before we knew it, it was 6pm and the vendor hall was closing for the evening and once things were locked down, we met up with Phineas from League of Supremely Evil Revolutionaries (LOSER) and his lovely girlfriend Bre (who were also crashing in the room), made a quick stop at the room to change and then headed off to dinner at The Auld Dubliner (can you tell we like this place?). 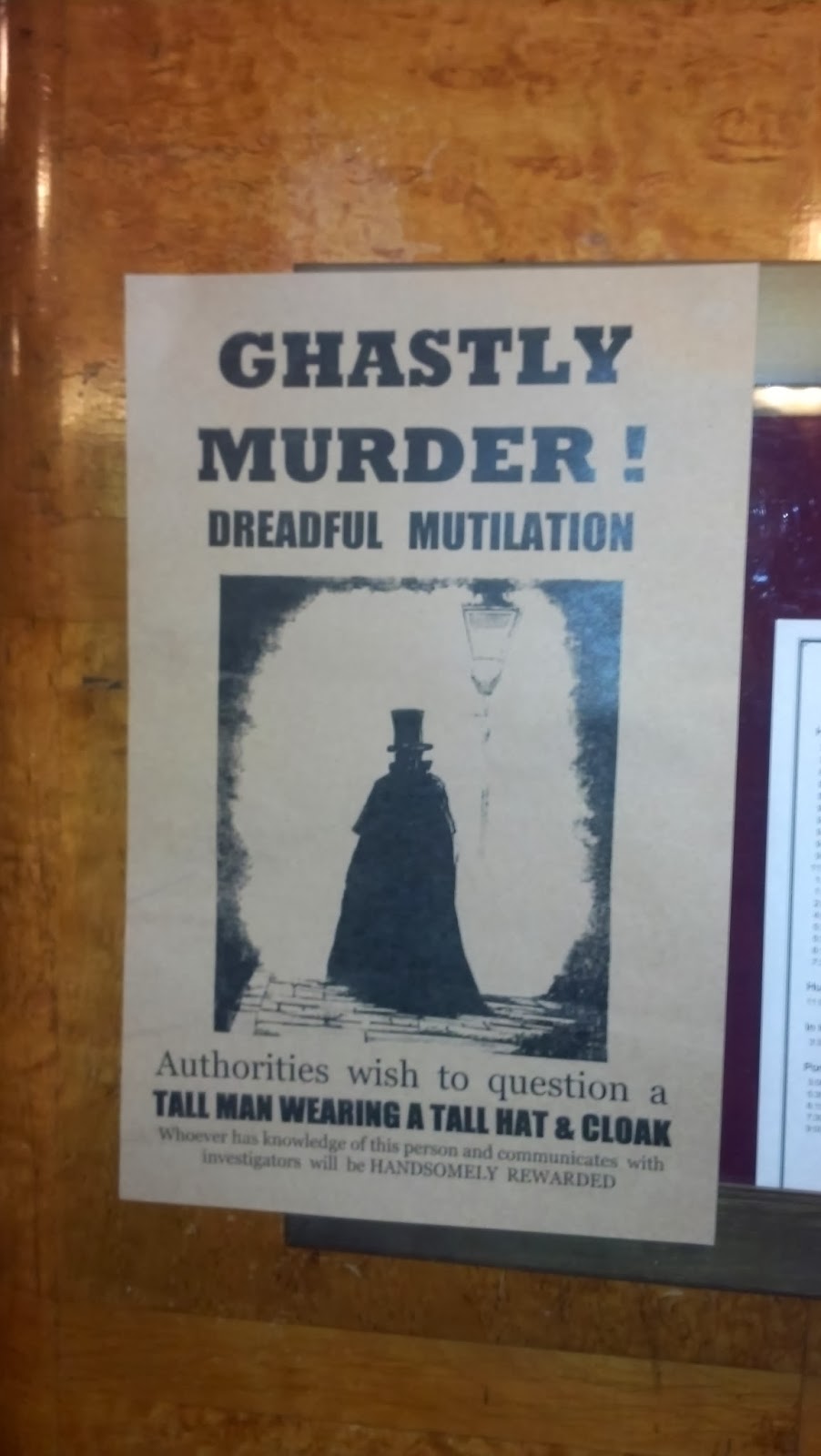 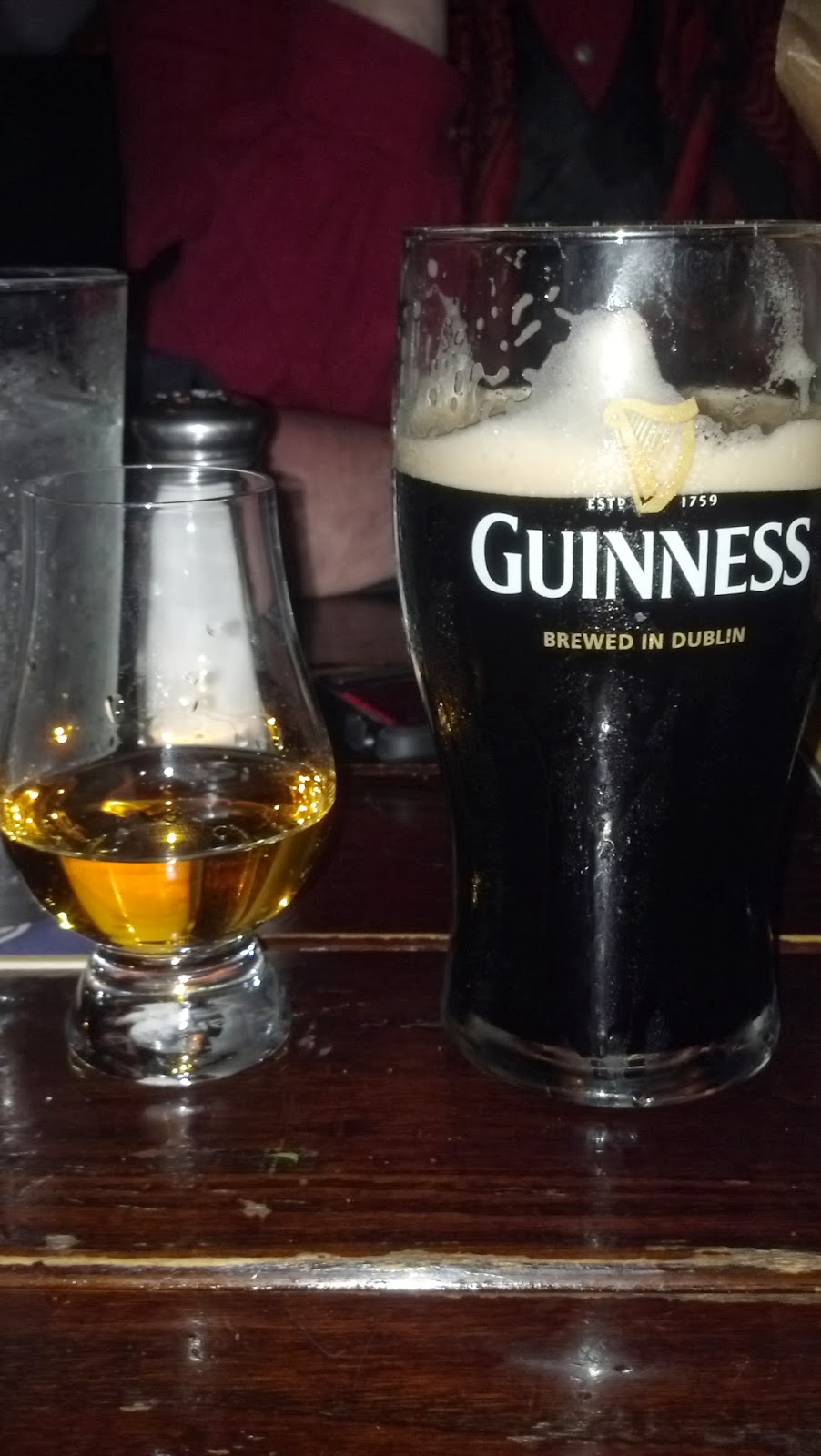 Sadly we didn't have the party shuttle driver for either trip on the shuttle, but we did realize on the last trip that if we waited two most stops, the shuttle would drop us right across the street from the Pub.

Dinner ended up being one of their delicious boxty plates with a Guinness and a lovely glass of Laphroigh scotch along with a side of their crisps (potato chips for you not in the know) with truffle oil and goat cheese. Good stuff right there.

After dinner we headed back to the hotel and spent the rest of the evening in with a bottle of wine and some great company.