To say "Let the busy season begin!" would be an understatement.

7 Cons/Shows in a 2 month period along with volunteering at a major SCA event over Memorial Day weekend shows that Wyng'd Lyon has hit the busy season.

We kicked the round of shows off with Wild West Fest (not to be confused with Wild Wild West Con in Tucson) on April 27th up in Calico Ghost Town in Yermo, California.

Friday the 26th, Tom and I went out to the shop to load everything up into the rental van. Normally I would have done this myself but on the 18th I was in a car accident and I was told not to lift anything over 1- pounds. Now those of you that know me, know how much of a feat this was for me not to do. My business is one of my babies and  I tent to do pretty much everything myself (most of the time). Seriously you should have seen how long I wrestled with turning the Social Media stuff over to someone.(Though I do have to say that Tawmis is an awesome pretty good choice for the job.) 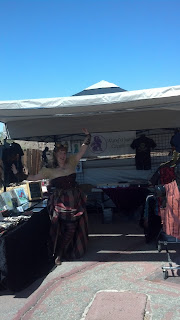 I loaded the lighter stuff while my husband loaded the grid wall, boxes & tubs, the new popup, etc. Then I headed over to get my partner in crime, Cindy. Initially I was at a loss for who was going to go help me out for the event. Most everyone already had plans for that weekend. Cindy ended up deciding that she needed some R&R away from work and took the day off to join me. Have I mentioned how awesome she is? If not lately, she's pretty damn awesome to say the least.

Once we got Cindy's stuff situated into the rental (a soccer mom mobile aka mini-van) we headed to my house to pack up my clothes and other items for the weekend. Then it was off to Target for sunscreen and chairs, while Tom went to get the kids. After meeting up at Target, we stopped for gas and we then caravan-ed out to Yermo.

The drive was pretty uneventful, aside from the carpool lane up 15 North from San Diego, wigging out the navigation app on my phone and my hands free speaker. We made a quick stop for food by North County Fair Shopping Center and then started heading North again. 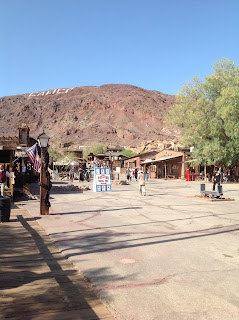 We had a moment where we pulled over to the side of the freeway in a turnout so my son could water a bush, except that wasn't what he had to do, so back into the cars we pile and in search of a real bathroom we went. We ended up getting off the freeway near the March Air Force Air Museum, taking care of business and then got on the road again.

I think we finally made it to the hotel and we checked into our room by 9:30 pm. My son was passed out by 10:15, my daughter however was awake until after 11pm. Once she finally passed out, I nodded off to sleep only to be woken around 2 in the morning by my husband who was tossing and turning, and while doing all this in his sleep he told me to stop moving around. All I could do was shake my head, roll over and try to go back to sleep. If I had been coherent enough, I would have gone over and crawled into the other bed with Cindy. Hindsight is 20/20 ya know? ;)

Saturday morning rolled around and we found ourselves up at 7 am in the morning getting everything together and out the door to the site which was a mere 5 miles away. 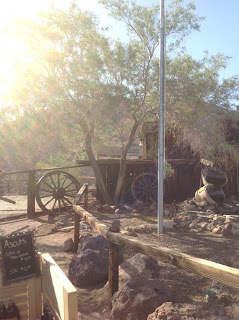 I really wasn't quite sure what to expect for the event since I had never been out at Calico Ghost Town and it was a first time event, so you can imagine my surprise when I discovered that we got to set our booth up in the actual "town" (something I think would be awesome if they did out at Old Tucson, but I digress).

Set up took us a couple hours before we were ready and while Cindy and I were arranging things, Tom took the kids off to the self guided mine tour and the train ride to keep them entertained. 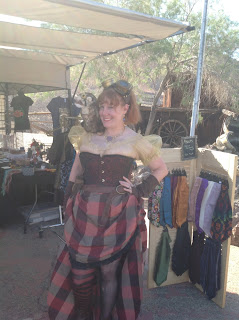 By 10:30 the kids were ready to pumpkin out even though they wanted to watch the shootout they were more interested it going back to the hotel and watching a movie with daddy. Just as they were about half was down the center of town the organizers announced that they were a mere 15 minutes away from having the shootout, so they returned to see the cowboys "gun fight" in the streets.

Cindy scrounged up a menu from the local onsite restaurant and we decided on lunch. Of course not remembering that I was wearing an off white shirt, I ended up ordering the pulled pork sandwich. Amazingly enough I survived eating that and later eating ice cream without a drop of anything end up on said shirt.

While she was out walking around checking things out, Cindy was asked if she was a member of League of Steam, which she was extremely flattered about. We had quite a few visitors stop by the booth and Cindy even got 3 commission sketches for the day, something she'd had yet to do at a Steampunk type event.


I actually made it out of the booth for a bit and wandered around the little shops and merchant booths and per tradition, I spotted something for Tawmis as a thank you for all the help he gives me at events. (Though he chastises me every time I bring something back for him).

We saw quite a few friendly faces from HRM Steampunk Symposium as well as a few faces from Wild Wild West Con and we were also visited by friends of friends and other great people through out the event.


We finally wrapped up selling around 5:30 ish, and began to break down the booth and pack things up, an hour later were we done and loaded and headed back to the hotel to change into something a bit more comfy and then head next door to Penny's cafe for dinner. 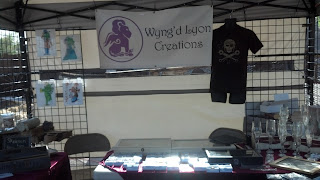 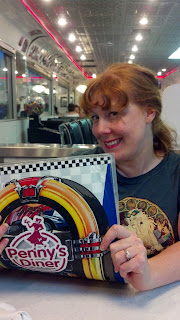 After dinner we adjourned back to our room and cracked open a bottle of wine, sent random text messages to friends and then ended up passing out for the night. 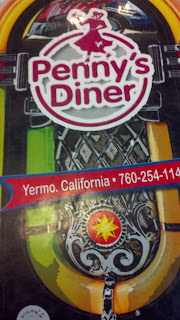 Now anyone who has kids, especially young ones, knows how difficult it is to get any time sleeping in on the weekends, so those parents know how excited I was to be able to sleep in Sunday morning with no kids or husband to wake me up right? Such was not the case my body or my brain, not sure who I'm blaming first, decided that I needed to be wide awake at 6:30 am.

Hello Body! Did you not get the meme? No kids == me sleeping in as long as I want! Please remember that for next time.

I was able to go back to sleep off and on for the next two hours, but it still wasn't the same. 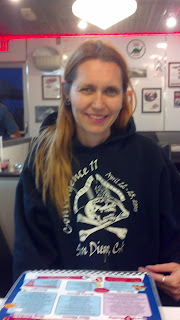 Once Cindy and I were up and mobile we headed back over to Penny's Cafe and enjoyed breakfast before getting on the road to head home.

Three hours and a brief stop later we dropped things off at the shop, I took Cindy home and then I made it back to my house where I was greeted by my two wonderful kids who acted like they hadn't seen me in days and a husband who had a look on his face like I abandoned him for weeks with them. Needless to say  as tired as I was, I was happy to be home and take a breather (even if it was only for a few minutes) before thinking about Gaslight Gathering coming up the following weekend.

Cindy and I had a blast and have to say that Wild West Fest was such a great event and so well run by the staff that we are looking forward to going back next year.

We hope to see some of you out there as well!